Differences between Intelligence and Wisdom

We can consider a fool to be an intelligent man that lacks wisdom.

The variance between these two connotes that intelligence is good but far better when used along with wisdom.

So following are some differences between intelligence and Wisdom: 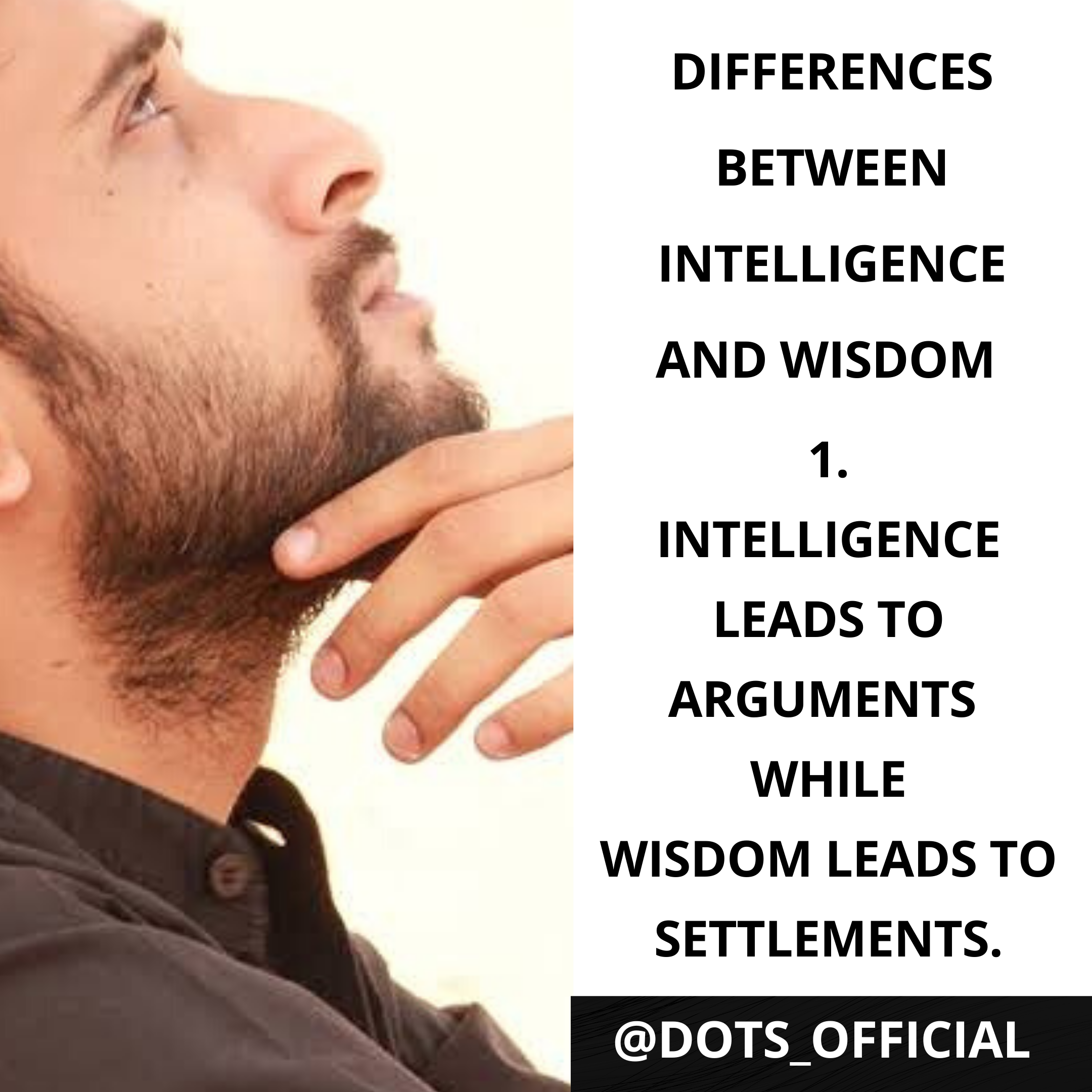 Someone who is intelligent believes he understands what he knows so no-one can win him arguing about that thing but a Wise man understands there’s no need to argue, he tries to settle things by agreeing despite he having an insight of what to argue about. A man with intelligence always wants to prove some points he knows and never tends to agree which leads to arguments while wisdom makes a man understands that there’s no point at all. 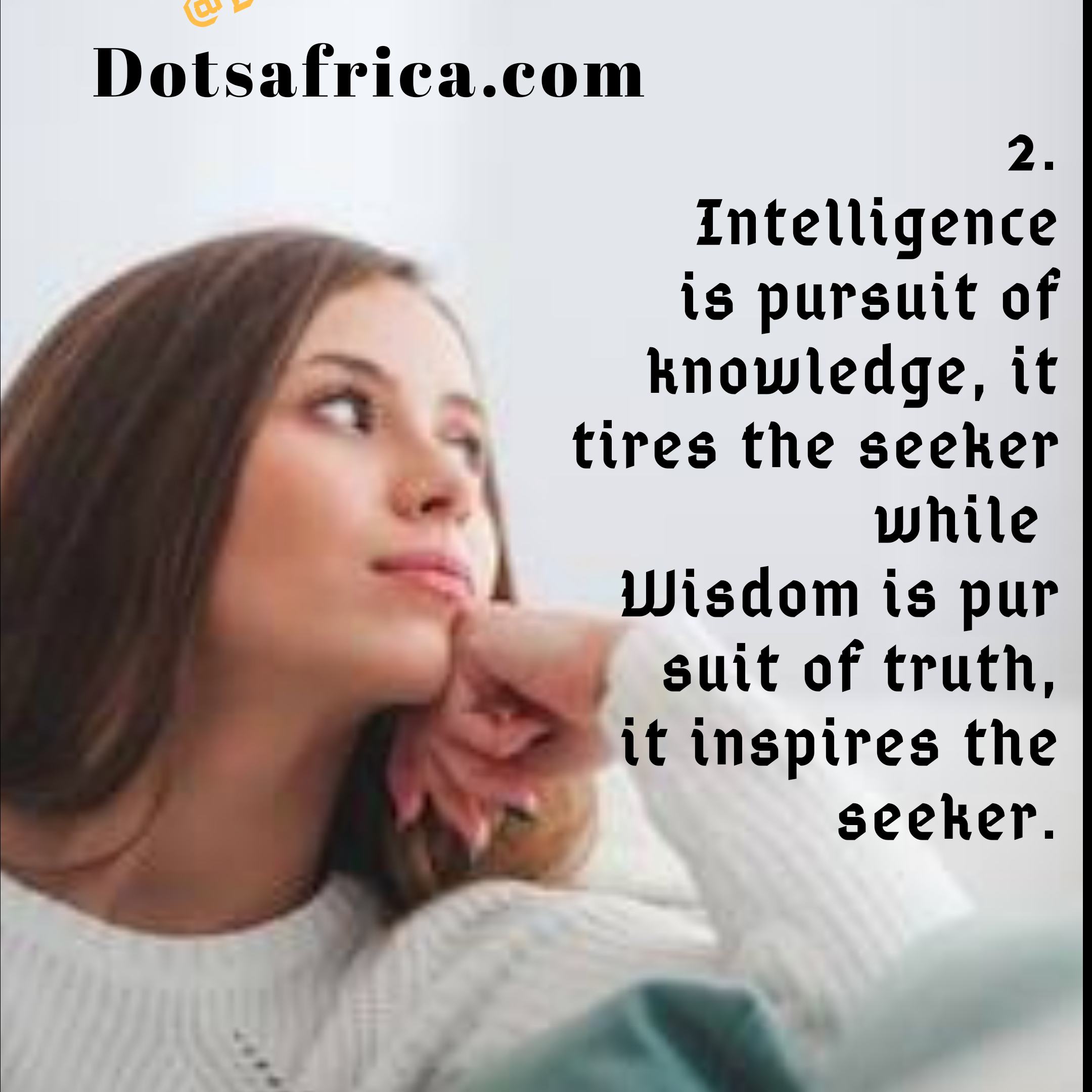 There is a common saying that ”there’s no end to knowledge”. So an intelligent man pursues something he can’t know all about while a wise man pursues the truths and the tangible things he needs to know.

3. An Intelligent man thinks he knows it all but A man filled with wisdom knows that there’s still something to learn 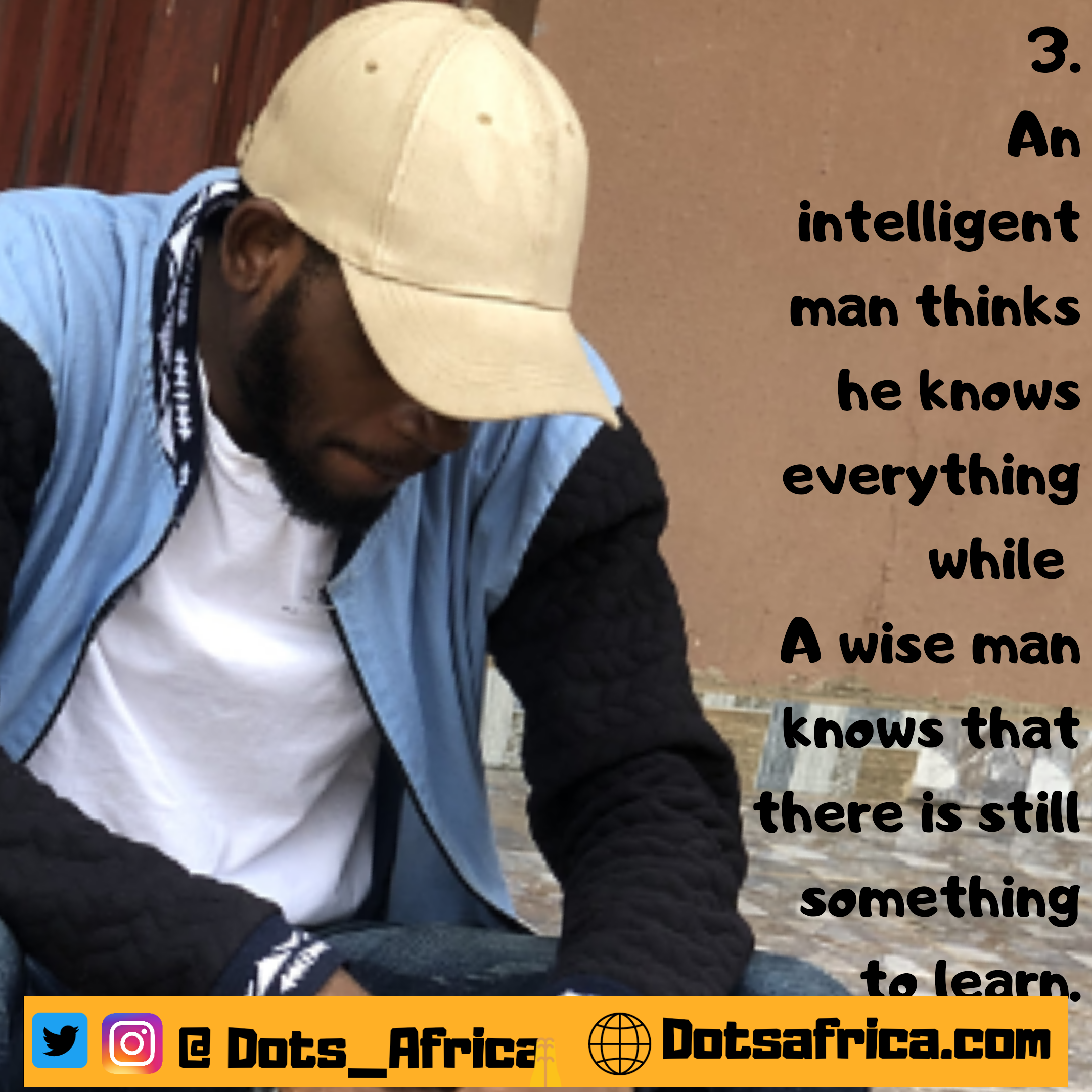 One who is intelligent believes he knows and has learnt everything but a wise man believes there’s still something he has to know and learn. 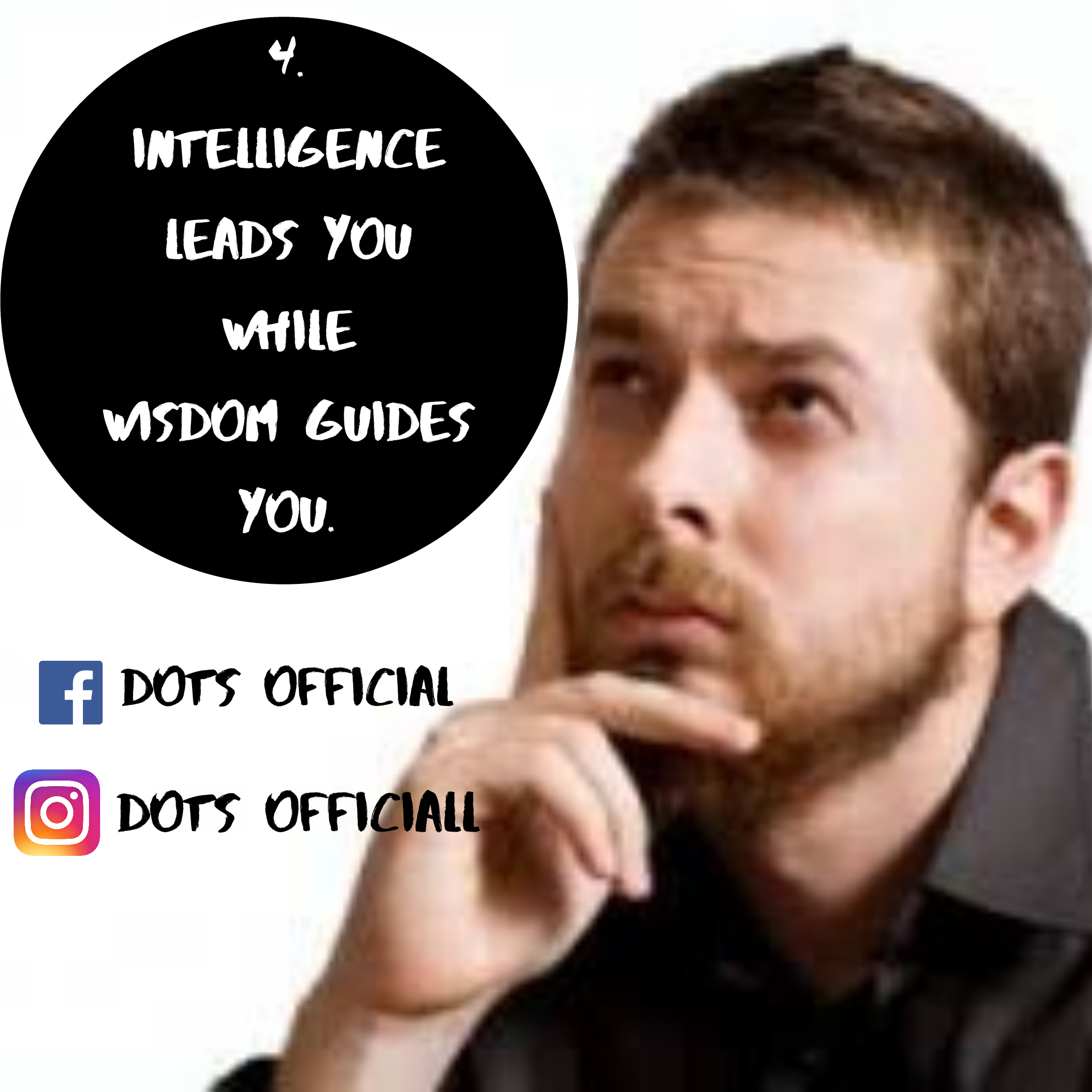 A boss working while his apprentice watches portrays leading while a boss that stands to correct his apprentice when working is guiding. This is a good example that explains that intelligence is good but it’s better when combined with wisdom because leading and guidance makes a better apprentice.

5. An intelligent man preaches while A wise man reaches. 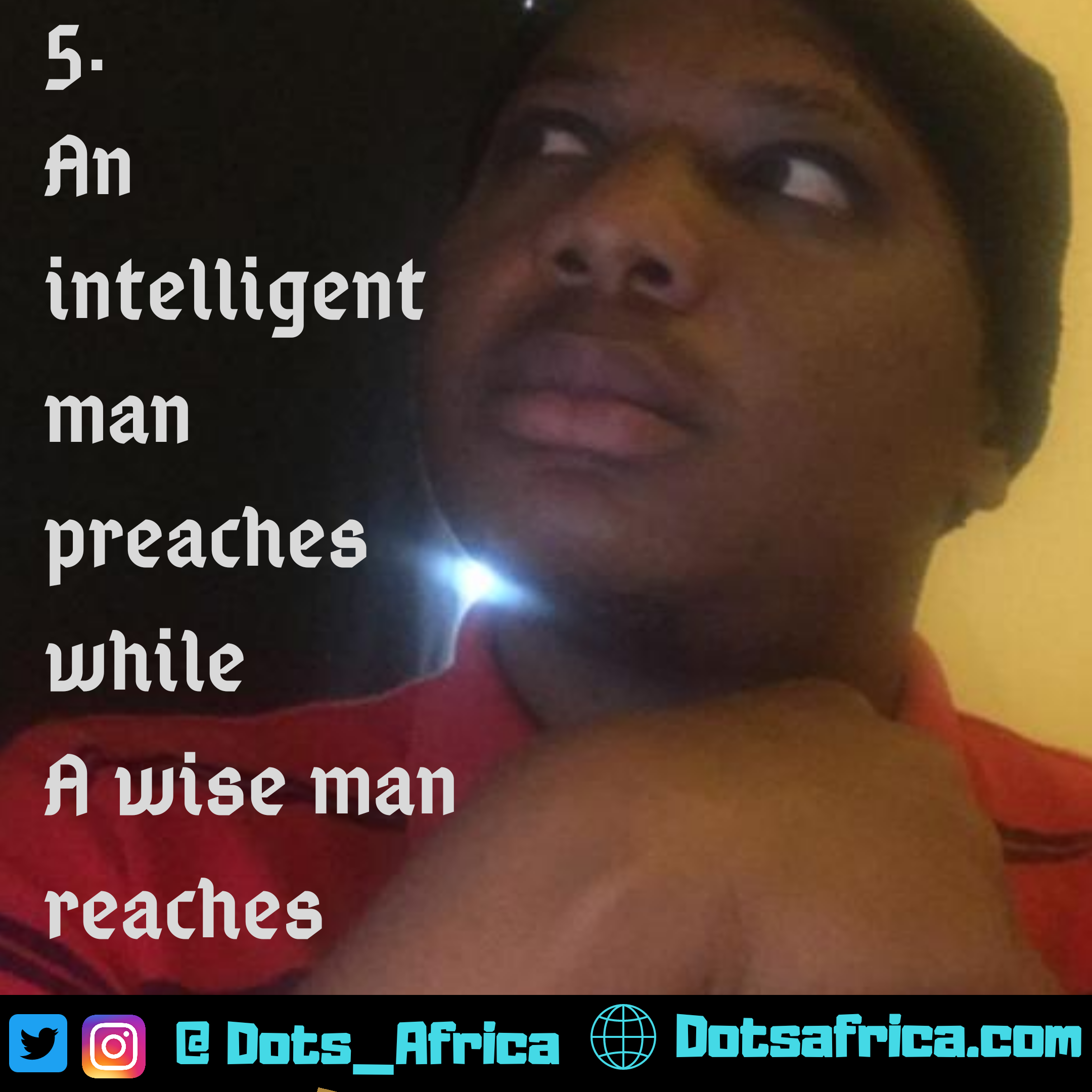 We know you’re preaching fine but are you reaching people?. A wise man not only preach, his preaching goes deep into the mind and makes you ponder.

6. An intelligent man freely gives unsolicited advice while A wise man keeps his counsel until all options are considered 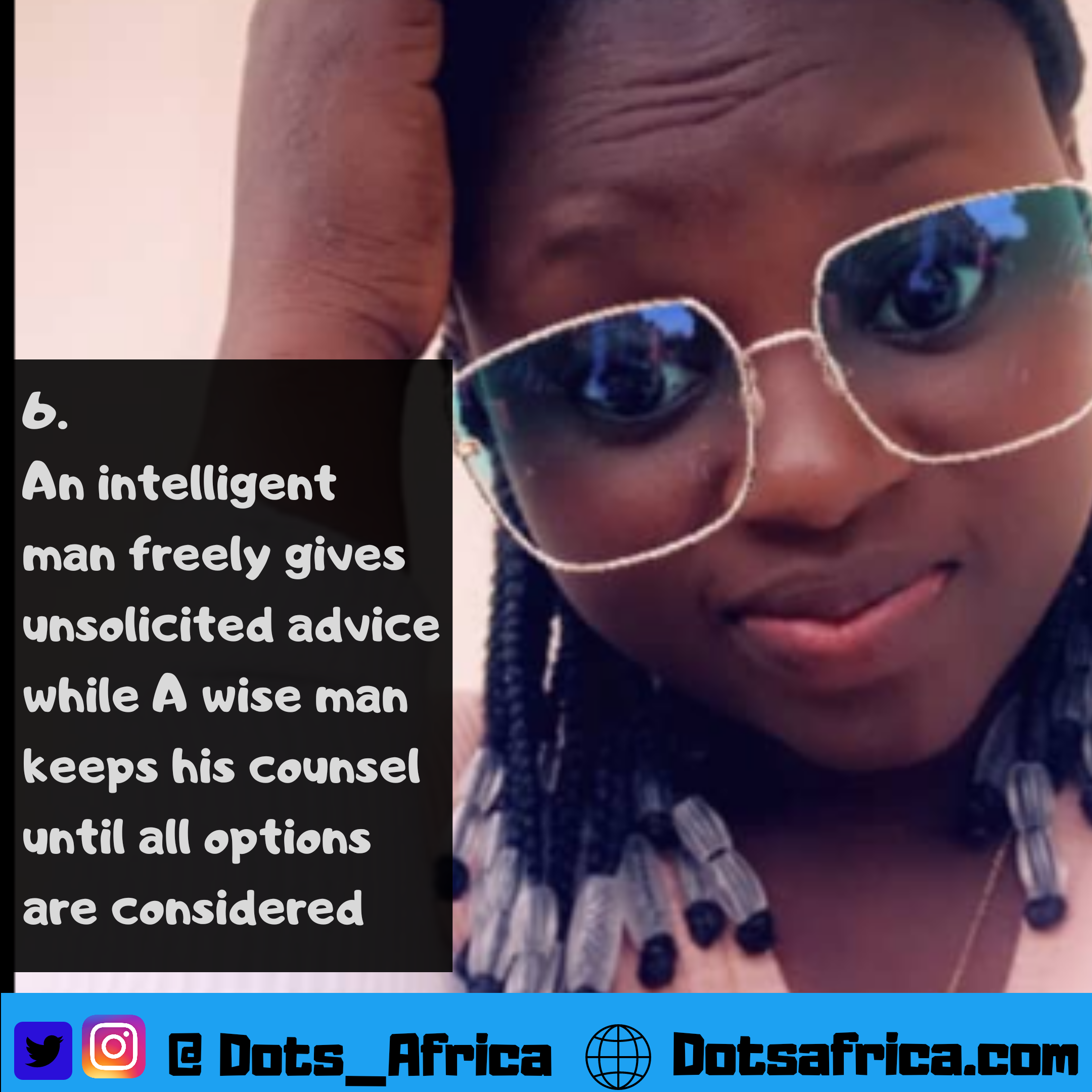 Believing he knows all, an intelligent man gives advices even without been consented. On the other hand, a wise man is reserved and patiently waits till he is asked for advice. Or when the person in need of advice has made some personal efforts before giving advice. 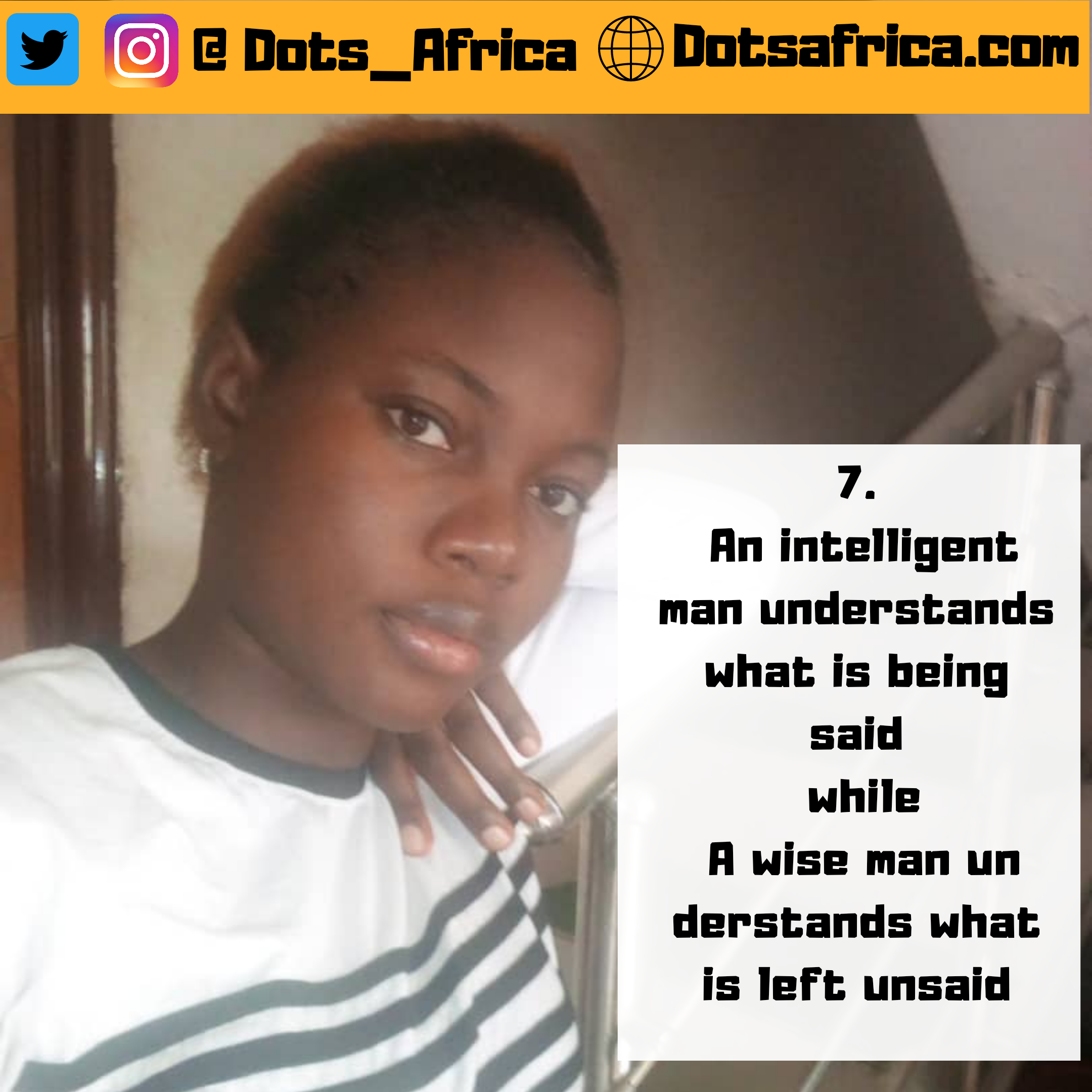 I think this is more explanatory. An adage says; a word is enough for the wise. Intelligence makes you know what you’re told but a wise man gets more insight meanings to words and he’s able to draw out what has not been said from it. That is what attributes the divinity of wisdom. 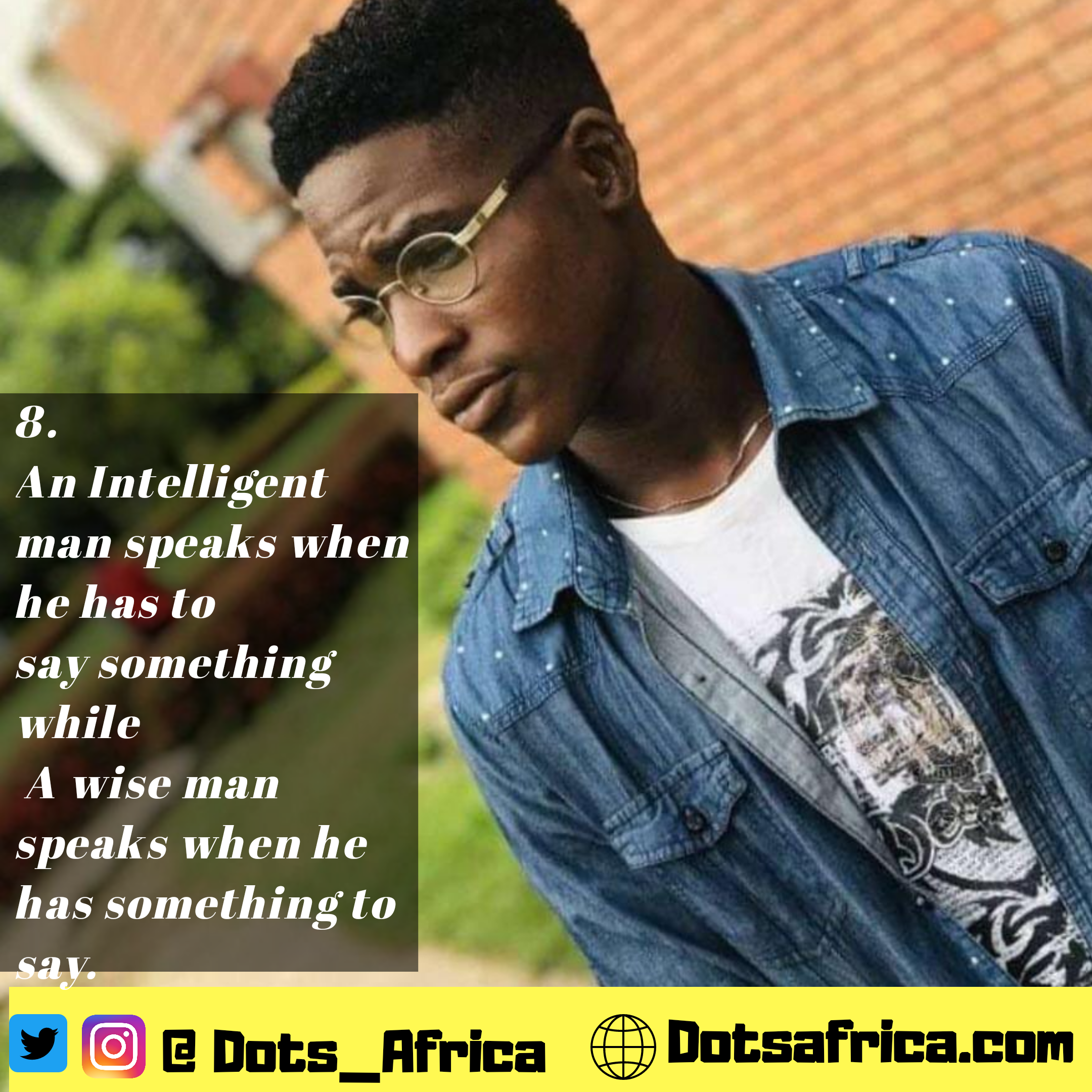 It is imperative to understand this. Don’t speak when you have to speak but say something when you have what to say. A wise man plugs his mouth to his brain and makes sure the switch is on before talking.

So Intelligence isn’t bad at all but wisdom is considered to be a better companion to it. Someone who always do the right thing at the wrong time doesn’t lack intelligence. This is because he knows the right thing to do but he doesn’t have the wisdom to carry it out at the right time.

In conclusion , as you endeavour to pursue intelligence remember to pray for wisdom. #stayalive