I was once a faithful sinner although I considered myself a christian.This was because I became a Christian before I was saved.

My Christianity {Like many others} was defined by Church going {on sundays}, praying and committing sins that do not harm or destroy others.

Little did I know that true Christianity isn’t defined by mere religious activities or being a moralist {one who does not dwindle in immoralities of any sort}.

How then do we define a Christian?

A Christian is known by Living in the likeness of Christ. If we’re to define Christianity with the Bible standard, it should succeed discipleship.

And it came to pass, that a whole year they assembled themselves with the church, and taught much people. And the disciples were called Christians first in Antioch.

From the Verse above, we can conclude that there’s no Christianity without discipleship. Because the disciples were called Christians.

However. there are stages to becoming a disciple. They include;

Anyone who has faithfully gone through these 4 stages is a disciple and can then be called a Bible standard Christian.

Majority of Christians we have today are not disciples. They take Christianity as a religion and not a life style. That’s why prostitutes and drunkards while filling an official form will still fill in Christianity as their religion.

Many even stop at salvation and call themselves christains. Not knowing they just laid the foundation of becoming Christians.

I believe this should answer the question “who is a Christian”.

One question I’ll like you to ask yourself as I conclude is “Am I truly a Christian” If your answer is NO, Please check through the above named stages and make a correction.

Note : I stand to be corrected. 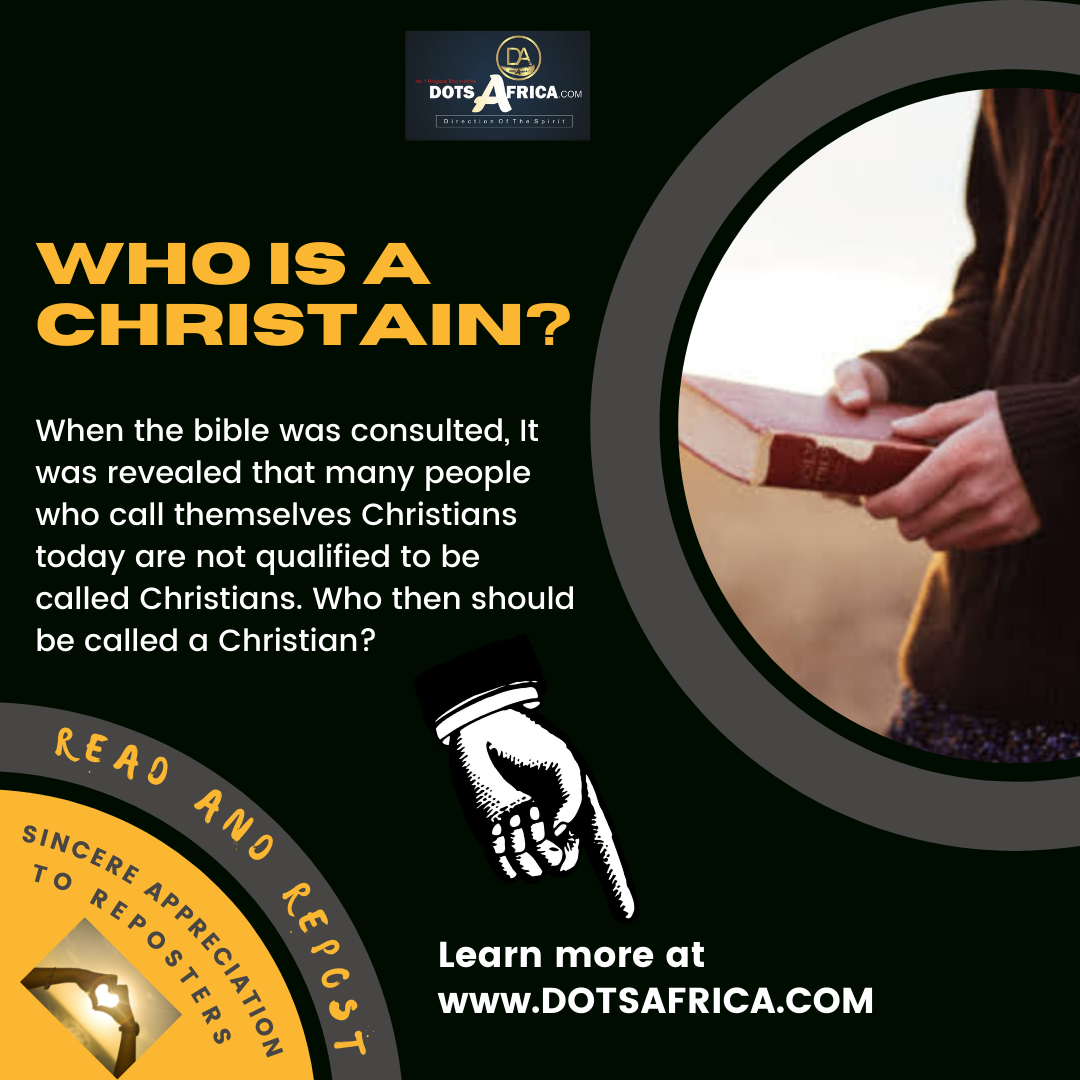