LIFE LESSONS FROM THE PASSAGE OF MATTHEW 22:1-14

MATTHEW 22:1-14
1 And again Jesus spoke to them in parables, saying,
2 “The kingdom of heaven may be compared to a king who gave a wedding feast for his son,
3 and sent his servants to call those who were invited to the wedding feast, but they would not come.
4 Again he sent other servants, saying, ‘Tell those who are invited, See, I have prepared my dinner, my oxen and my fat calves have been slaughtered, and everything is ready. Come to the wedding feast.’
5 But they paid no attention and went off, one to his farm, another to his business,
6 while the rest seized his servants, treated them shamefully, and killed them.
7 The king was angry, and he sent his troops and destroyed those murderers and burned their city.
8 Then he said to his servants, ‘The wedding feast is ready, but those invited were not worthy.
9 Go therefore to the main roads and invite to the wedding feast as many as you find.’
10 And those servants went out into the roads and gathered all whom they found, both bad and good. So the wedding hall was filled with guests.
11 “But when the king came in to look at the guests, he saw there a man who had no wedding garment.
12 And he said to him, ‘Friend, how did you get in here without a wedding garment?’And he was speechless.
13 Then the king said to the attendants, ‘Bind him hand and foot and cast him into the outer darkness. In that place there will be weeping and gnashing of teeth.’
14 For many are called, but few are chosen.”. 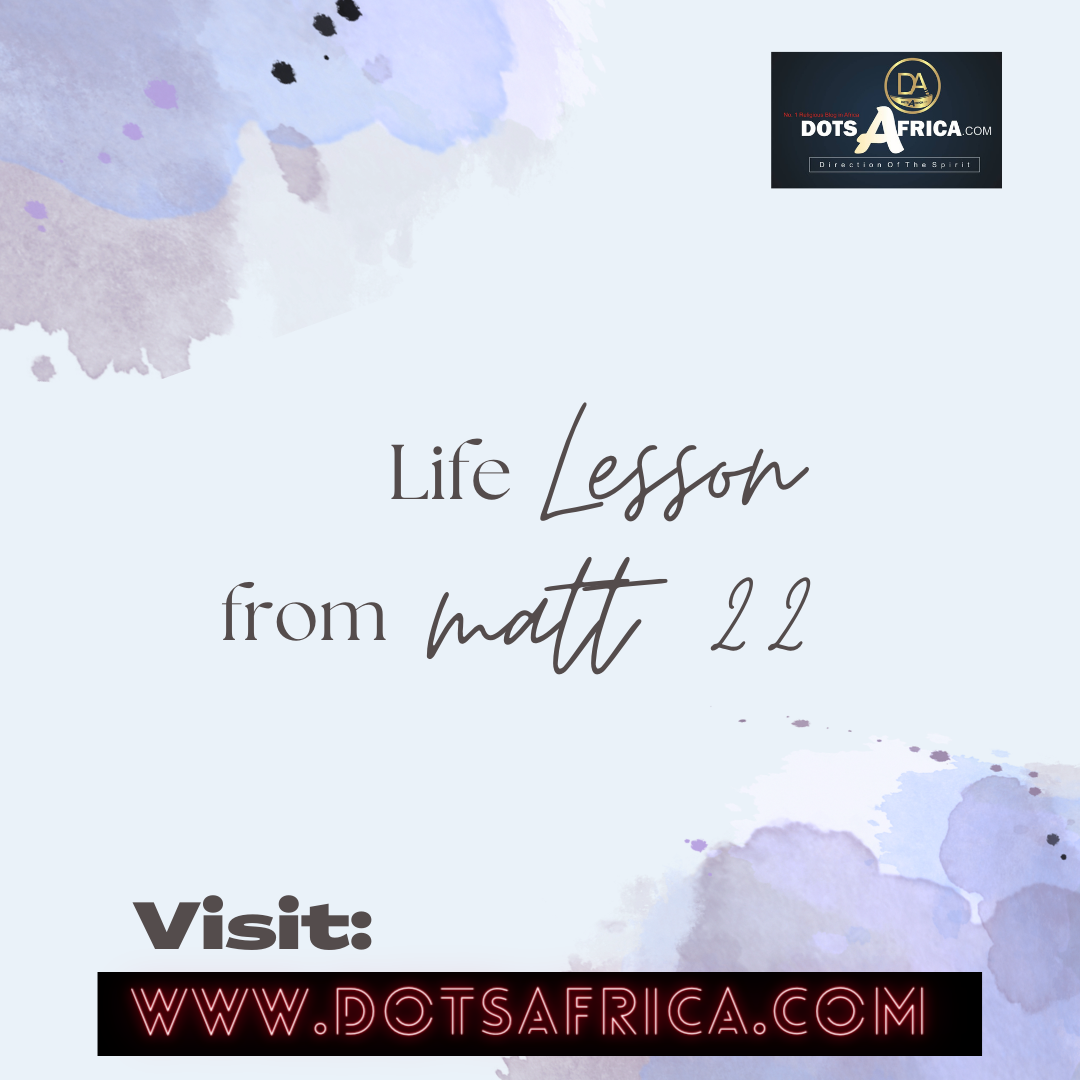 The same is applicable to us today. The call by the king unto men to the feast in the parable can likened unto the call by Jesus unto an important meeting called EVANGELISM. Which many in this dispensation had taken lightly and had brought up excuses which they had not allowed to be weighed by the Spirit of God to see if there are loose ends.

May God not allow us not to replaced by fraudsters, prostitutes, murderers, e.t.c in the agenda of the Almighty.

May God give us His full understanding to see ourselves in the light of this Exposition. Amen